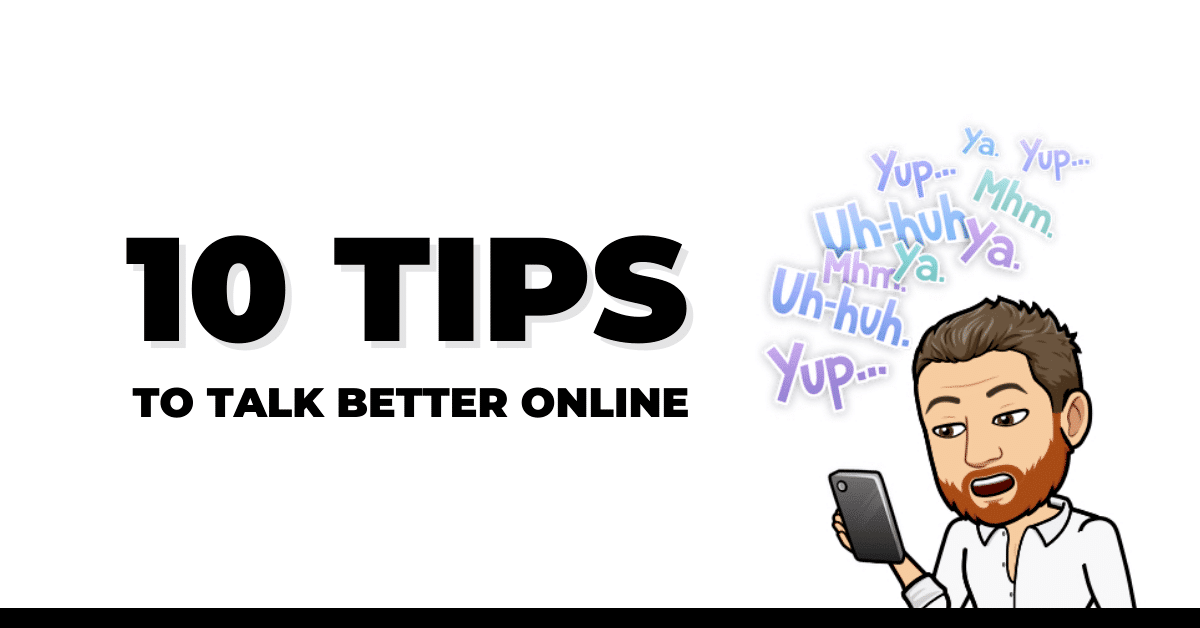 Your online communication skills are critical to success in the 21st century but they are particularly important if you run any kind of online business (like most of my readers do). The biggest difficulty is that we lack a critical element when communicating online: non-verbal communication.

That leaves...7% for us to work with! This can be extremely frustrating because we might not even notice how big of an impact non-verbal communication had on the effectiveness of our messages.

Personal relationships aside, poor online communication skills can also cause real harm to your overall productivity and effectiveness in business. You'll spend more time and effort clarifying things that weren't expressed properly the first time. This means more emails, unnecessary phone calls or repeated work when something is done incorrectly.

It doesn't matter who you are, you need to master the art of proper online communication and you should do it soon!

Here are some immediately implementable ways that you can improve your online communication skills.

A big difference between online and in person communication is that we have time to draft better, more thought out responses.

This means you can say the right thing, avoid flippant replies, and get your point across more clearly.

If you're in a confrontational conversation, this extra time can be the difference between remedying a situation and escalating it to the next level.

"Speak when you are angry -- and you'll make the best speech you'll ever regret." - Laurence Peters

No one expects instant replies online anymore. Take the extra time to write a good one.

Epictetus wrote, "We have two ears and one mouth so that we can listen twice as much as we speak."

Instead of immediately waxing on with a reply, consider getting more information and a better understanding of what the other person/people are saying.

Remember, most people struggle to communicate clearly online, so help them out by seeking clarity whenever possible.

Avoid using ALL CAPITAL LETTERS unless you really need to make a point!

When I get an email in all caps, I'm immediately turned off.

You can use them to draw attention to something important, just be careful that it is obviously not trying to convey that you're angry or upset about something.

There are few people in the world who enjoy sarcasm as much as I do. Unfortunately, sarcasm doesn't translate well online and I get myself in trouble when I forget that.

Unless you're very close with someone and they understand your sense of humor, most sarcasm will be missed.

It will be taken seriously and what was supposed to be a joke could cause serious problems.

Ask yourself, "will this person(s) get that this is an attempt at sarcasm?"

Remember, it is perception, that matters.

#5 Try and Match Replies in Length and Tone

If someone gives you praise and it's 6 sentences long, replying with a "thx," makes you look like a jerk. Instead, focus on adding some substance to your reply and actually show you care. Something like, "Thanks! That really means a lot to me to hear that."

Get into the habit of being mindful. It goes a long way.

An ellipsis is the series of periods "..." at an end of a sentence.

These leave an unfinished tone to your writing and can seem condescending. Adding "..." all over the place makes you seem sarcastic or condecending.

While they have their place in communicating online, overusing the ellipsis isn't a good idea.

#7 Use Videos and Images Frequently

Images and videos can greatly improve your online communication skills.

It's 2019, it's perfectly normal to incorporate these things into your conversations.

Studies even show that they can actually help the person(s) you're talking with remember more of what you said.

So, do your readers a favor. Get their attention and teach them something that lasts!

I love GIFs and use them in a lot of private conversations. Aids in clarity. Oh, and they can be hilarious...

When necessary, video can be even better. I love the screen recording software Loom for this. Loom has been critical to my own customer support processes.

Clarity is king. If you can explain something complex in a simple and easy to understand way, you're doing it right.

So knock it off with the fancy lingo and word of the day injections.

No one has ever complained that a less complicated word was used in place of a less common one.

Use industry jargon as appropriate, but there is no point in distancing yourself from your audience by using complicated words if they aren't necessary.

#9 Sometimes Saying Nothing Is the Best

Be sure that you don't put on a show for thousands of people by arguing with someone excessively.

"Remember not only to say the right thing in the right place, but far more difficult still, to leave unsaid the wrong thing at the tempting moment."― Benjamin Franklin

If you really have something to be settled, take it to a private chat. I have always struggled with this, as I love the chance to partake in a war of words with someone I think is "trolling," but that rarely ends well.

"The most important things are the hardest to say, because words diminish them." - Stephen King

As in quality copywriting, you are best suited to break down long responses into multiple posts or comments. Valuable or not, writing a manifesto as a reply will typically be ignored.

We've all had emails or messages that we weren't psyched to reply to.

Questions that could have been answered with a simple Google search, negative feedback, refund requests etc.

It's tempting at times to be short or rude with these people, but why?

In a two way conversation online, you have nothing to gain by making the other person feel bad.

There's no contest to win by telling them off but you can win their trust and respect by treating them kindly.

Try to make the person on the other end feel like you care.