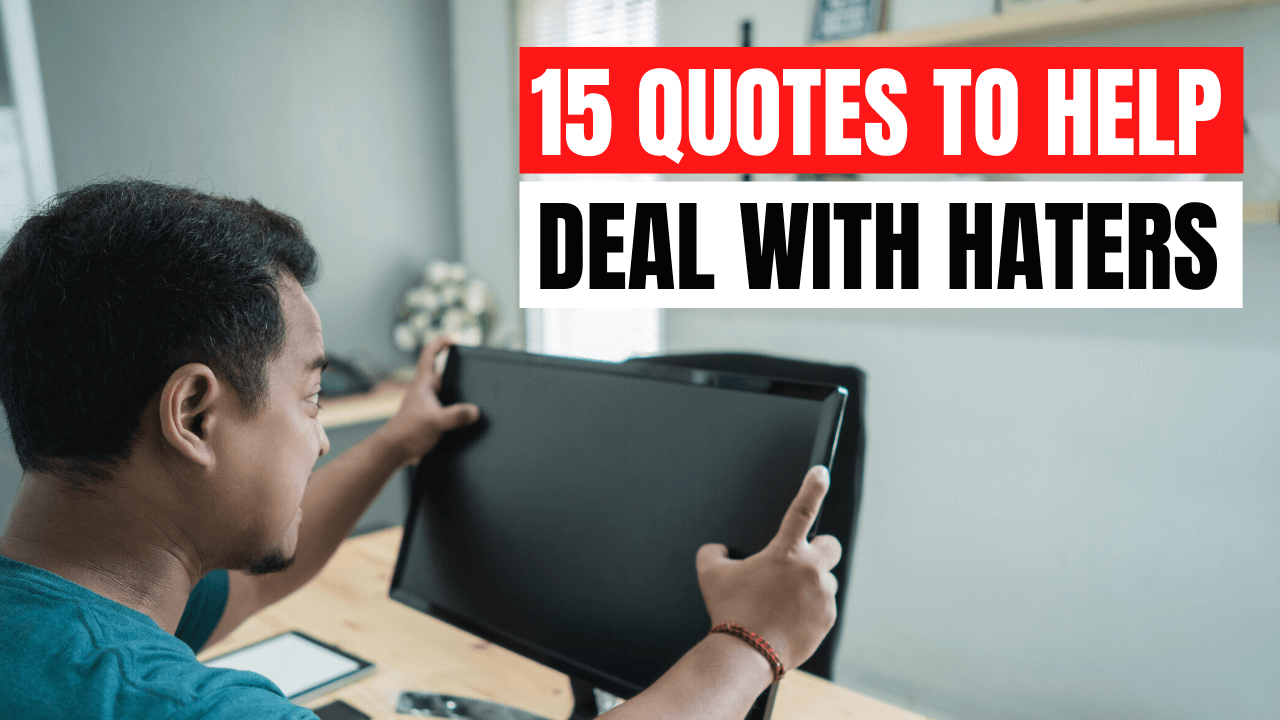 Haters are a byproduct of success and wealth. Miley Cyrus, Drake and Supreme Patty would all agree with this.

If you plan on succeeding as an entrepreneur, plan on collecting some haters in the process.

The following are the best quotes about haters and quotes about dealing with haters that have ever been written or spoken.

1. “I think that everybody wants to be heard, and the easiest way to be the loudest is to be the hater.” Giving them attention doesn’t help much

2. “The best way to counter-attack a hater is to make it blatantly obvious that their attack has had no impact on you.” 3. “The only thing more frustrating than slanderers is those foolish enough to listen to them.” – 4. “People will always have their opinion on you despite who you are and what your capable of.” 5. “Behind every successful person lies a pack of Haters! I love my haters!” That negativity can be used to your advantage.

6. “Learn to use the criticism as fuel and you will never run out of energy.” It’s their problem, not yours.

7. “I don’t worry about the haters… They are just angry because the truth I speak contradicts the lie they live.” 8. “Some people have so little going on in their lives, they would rather discuss yours.” 9. “Fear of something is at the root of hate for others, and hate within will eventually destroy the hater.” Only you control your life.

10.  “I will permit no man to narrow and degrade my soul by making me hate him.” Having haters is inevitable. 13. “No matter how good you are, someone is always going to be against you. But never let them be the limit of your success.” You're fine, I promise

14. "I was born to make mistakes, not to fake perfection." 15.  “Forget the haters cause somebody loves ya…” 3 Things That Ruin Successful Entrepreneurs That No One Talks About