TikTok Account Shadow Ban: Here’s How to Check If It Happened to You

What You're going to Learn in This Article

Do you think your TikTok account has been shadowbanned? First, don't panic, if you were permanently banned on TikTok you would have received a notice. It is not uncommon though for users to become shadowbanned for posting content inappropriate for the social media platform. 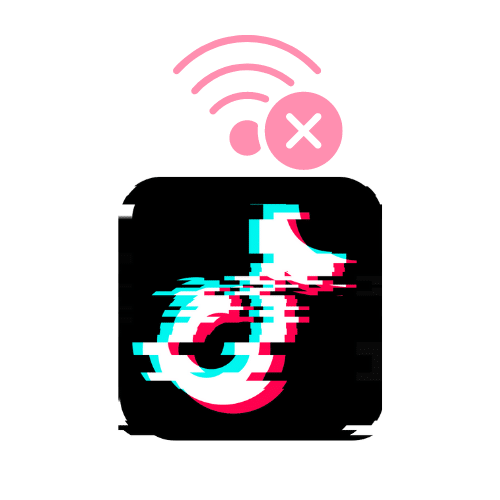 TikTok isn't just for kids to post dance videos anymore, many businesses rely on TikTok for traffic and conversions. A shadowban for them could be crippling. So, in this blog post, I'm going to show you how to find out of if you've actually been shadowbanned on the TikTok platform. I'm also going to show you how to find out why TikTok banned you, how long your shadow ban could last,and what to do to get your account back in good standing as quickly as possible.

What Is a TikTok "Shadowban"

Shadowbanning (also referred to as "ghost banning" or "stealth banning") is a common practice among major social media sites and TikTok is no exception.

A TikTok shadowban (also referred to as a ghost ban) occurs when TikTok intentionally limits the organic reach of a user's account on the TikTok app as a result of some action by the user that they don't like.

Shadowbans are typically a result of an action that violates the community guidelines such as spamming, hate speech, harassing another TikTok user or posting inappropriate content across the social media app but there are many other possible causes.

TikTok users are responsible for both their own TikTok videos as well as their engagement with other TikTok user's channels. Creating content

The duration of a shadowban varies based on the extent of the violations and the user's past history of committing similar violations. The standard duration seems to be about 1-2 weeks.

The degree of shadow banning might vary from minor to completely cut off from organic exposure on the platform and maybe even to your existing followers. You may or may not still appear in search results and in most cases, other users can still engage with your content, perform duets etc. This is what makes shadow bans so weird, they aren't always obvious.

They are typically caused by a violation of TikTok's community guidelines. Due to the ever evolving nature of the TikTok algorithm (and social media algorithms in general), it's difficult to tell exactly what causes a shadowban but we can make some educated guesses based on the many real world examples we've seen.

The term "shadowbanning" has been around for as long as there have been social media algorithms. For example, Twitter users in 2006 had their content hidden from the public if Twitter deemed fit.

This is no different with TikTok. Due to the massive amount of exposure that is "free" from the platform, a real shadow ban can be very obvious.

Your TikToks might normally get 10,000+ views each and then, seemingly out of the blue, your latest videos are barely reaching 50 views a piece.

How Can I Tell If My TikTok Is Shadowbanned?

Just because it might seem like your organic reach dropped tremendously doesn't mean that you've been shadowbanned.  There is no official "TikTok shadow ban checker", tiktok shadowban tester or remover tool out there (that would be amazing), but there is an easy way to tell for sure.

If you've received any traffic from the #foryou page on your recent content, your account is NOT shadowbanned.

Here's how to do the simple TikTok shadowban test...

First, open up a video that you posted AFTER you believe the shadow ban started that has been live for at least 72 hours TikTok mobile app on.

From the video click the "..." towards the bottom right.

You will see the traffic sources on the analytics page. If you have even a single view from the #ForYou page, you're not shadow banned. 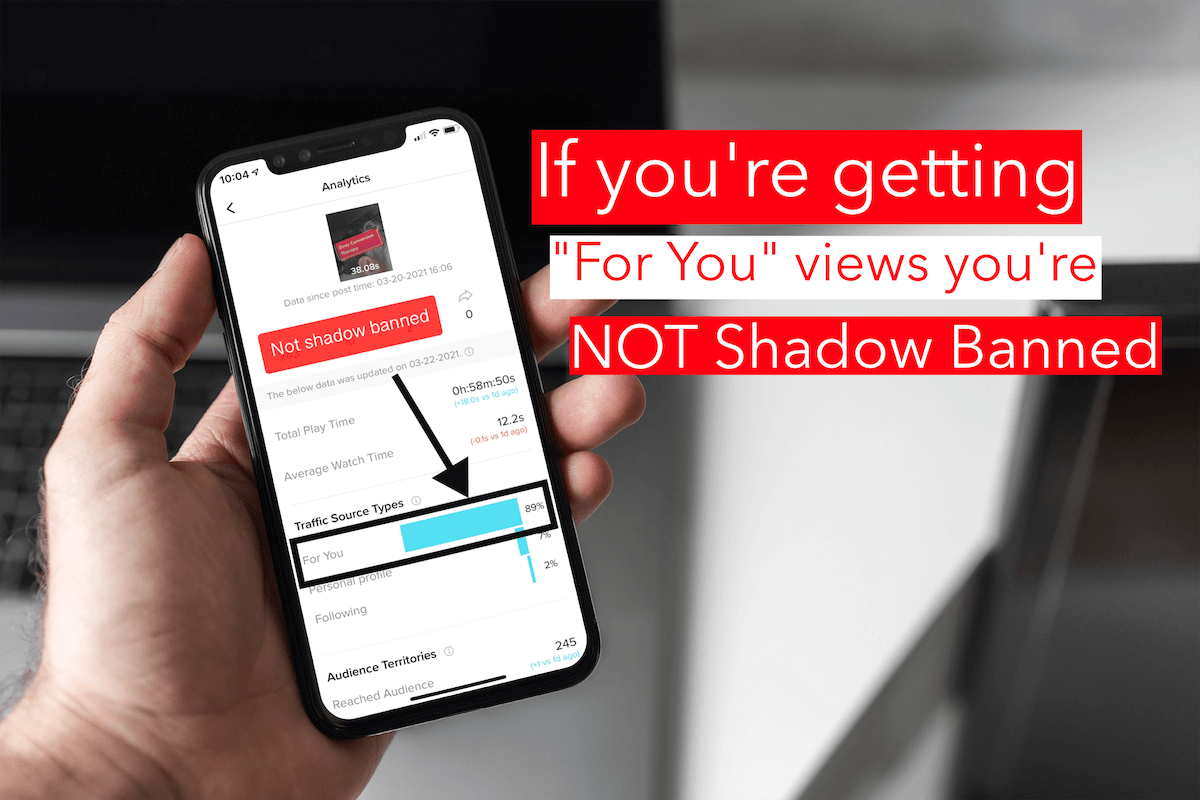 I want to give a shout out to YouTuber Robert Benjamin for showing me how to do this in this video.

What Causes A Shadow Ban On TikTok? 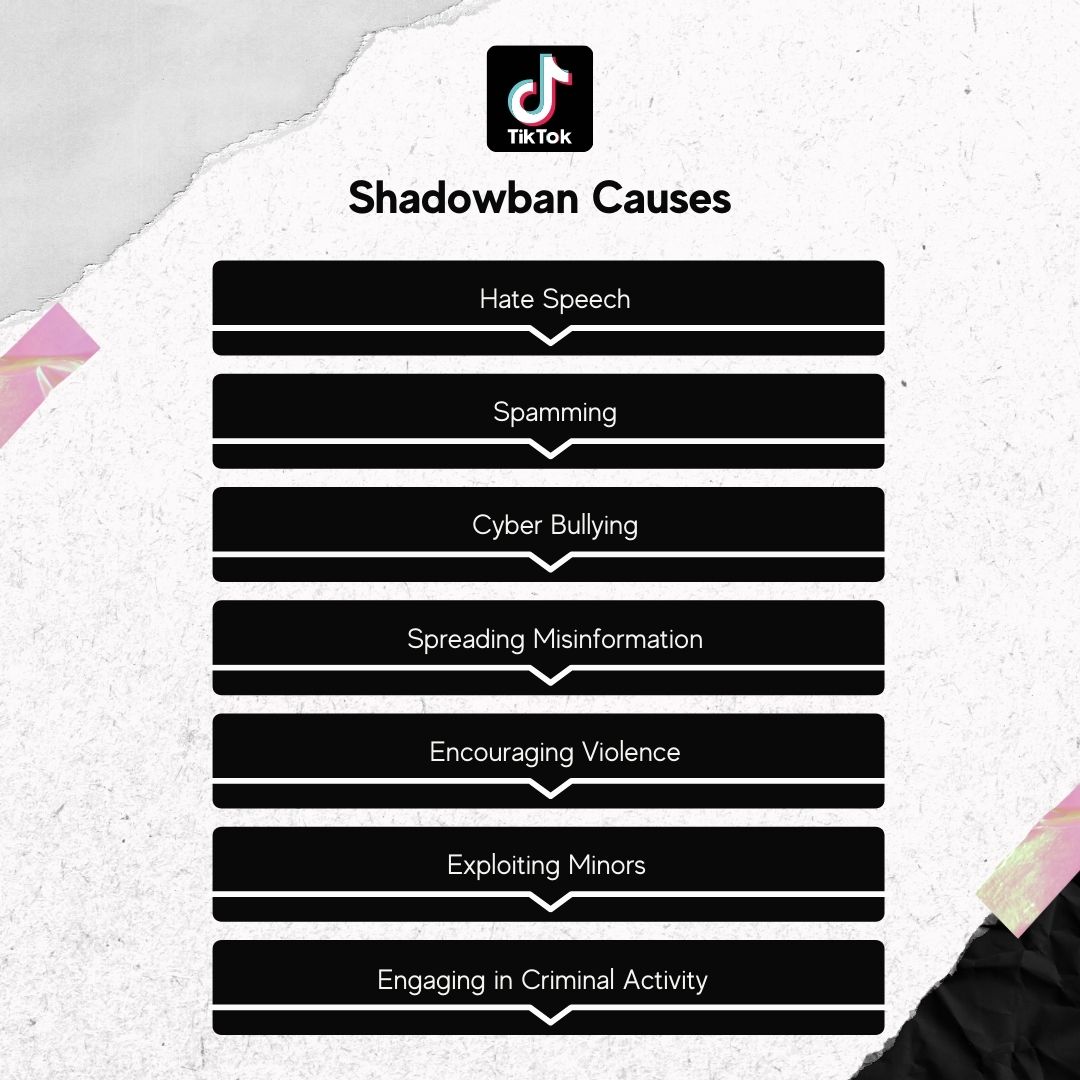 There are a number of reasons why TikTok might temporarily shadow ban your account from the platform.  These are all laid out in the TikTok community guidelines, but the most common violations include...

The common denominator here is that you're doing something that is harming the platform or its users and TikTok doesn't want to reward you with free views for it.

Repeat violations of the community guidelines can and will result in a full and permanent ban from TikTok.

How Long Does a Tik Tok Shadow Ban Last?

The average shadowban length, unfortunately, is growing. At the early stages of TikTok, it was around 24 hrs. Then it went to about 3 days. Then a week. Now they are up to about 2 weeks.

How Do You Get Rid of the Tik Tok Shadow Ban?

First, you need to understand why your account was shadow banned. Refer to TikTok's Community Guidelines if the things I mentioned above don't apply.

If you still can't find an explanation, you might be collateral damage to their bots. That is, your content is being throttled because an automation mistook something for a violation and banned you accordingly.

Once you've tried to locate the cause, do the following.

Go through the list above and see if you inadvertantly violated community guidelines in any way. Dig deep here, TikTok shadowbans aren't always logical and could have been a result of something their AI inadvertently labeled as spam behavior or some other violation. Look in places like your profile picture or any posted content that was out of the ordinary for your channel.

Yes. it can be frustrating posting videos into what feels like a gaping void, but this is important. Also, be sure that the content you post is clean and meets all of the community guidelines.

If after 14 days you still aren't receiving any for you page views, try to...

#5 Delete the App and Re-download

#6 Escalate to the TikTok Support Team

Again, it's still not time to panic. If you were permanently banned you would surely know about it. TikTok's shadowbanning techniques might change over time so your experience might be uniquely longer or shorter than what others have experienced.

Another one of the useful tips that multiple users reported to work when they were shadowbanned on TikTok was upgrading to a pro account. I haven't tried that method myself but it's been mentioned in multiple reddit forums I've seen.

Let us know your experience with TikTok and shadowbanning down in the comments.

Youtube Shorts vs TikTok – Which Is Better for Marketing in 2022
Best Facebook Groups for Entrepreneurs in 2022 | You Can Actually Benefit from These
Twitter Shadowban: How to Check if It’s Happened to You
A Quick and Dirty Guide to Using Hashtags on Instagram
10 Amazing 3rd Party Mobile Apps for Instagram Creators and Influencers
Instagram Shadowban: How to Check If It Happened to You
Load More Popular Posts