YouTube Secrets Review | Why Every YouTuber Should Read This Book

I've written about the massive amount of money people are making selling books on Amazon.That has a dark side to it, unfortunately. It means that a lot of people crank out subpar books on topics they know little about just to make a couple bucks.

There are less than a handful of books on Amazon I trust that teach how to grow a lucrative YouTube channel and the best one of them all is YouTube Secrets: The Ultimate Guide to Growing Your Following and Making Money as a Video Influence by Sean Cannell and Benji Travis.

Get YouTube Secrets for Just a Few Bucks on Amazon

This book has value no matter where you are in your video influencer journey. Beginner, intermediate or advanced YouTubers should read this. Hell, even mega YouTube stars like PewdiePie could benefit from reading this book.

I considered myself an intermediate YouTuber when I picked this book up in May.

Although there were parts early on that I already knew, the book was filled with things I didn't know. It was also good to hear the things I had heard before again. Let's be honest, it can take a few times for the common sense advice to actually register and be implemented!

Unlike several other books on the topic, YouTube Secrets is written by two guys who practice everything they preach.

Both of these guys are thriving in niches that are EXTREMELY competitive.

Benji Travis has 369,000+ subscribers on his channel that covers topics of passion for him: food, family and business.

Sean Cannell's channel Think Media is closing in on 1 million subscribers (currently sits at 911,000+). He covers tech tips and ways to grow your brand on social media (including YouTube).

Their book sales are a drop in the bucket compared to the massive earning potential they've built on YouTube.

Reason #2: The Book is Entertaining AND Isn't Filled with Fluff.

I can't stand when a book is filled with lengthy stories or useless information that are just filler content. I don't want a bunch of words, I want actionable advice!

Every page in this book serves one purpose: to help you become a better video influencer.

Reason #3: It's 200X Cheaper Than a Course and Probably More Valuable

I paid $1997 for a course called JumpCut Academy. It was awesome, but as far as "bang for my buck," YouTube Secrets packed much more.

Benji and Shawn make it clear that being a video influencer isn't just a money grab. I really appreciated that they didn't share some of the strategies that "work," but are gray hat or borderline scammy.

YouTube Secrets is broken into two sections: The 7 C's and then Tactics. The first section shows you how to set a great base for your YouTube channel and the second section teaches you some more actionable tactics you can start to implement.

Bench Bookkeeping: My Honest Opinion After 7 Years of Using It

Read More
Bench Bookkeeping: My Honest Opinion After 7 Years of Using It

Kindle Scribe vs. iPad – Which Is Better for Reading and Handwriting Notes?

Read More
Kindle Scribe vs. iPad – Which Is Better for Reading and Handwriting Notes?
NAVIGATION 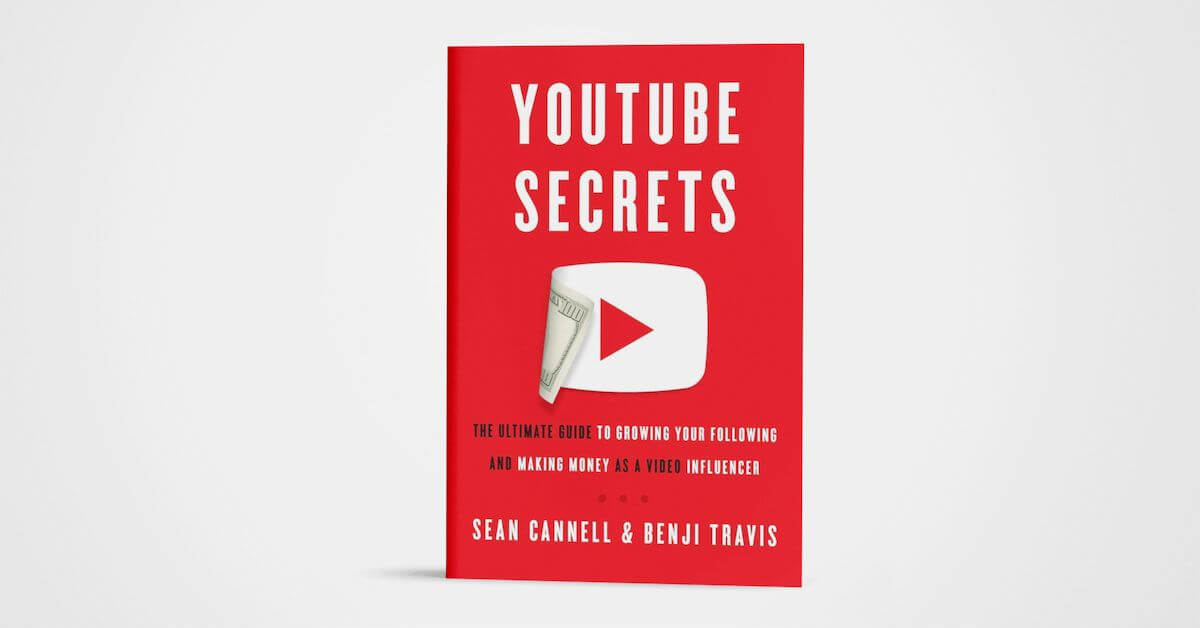