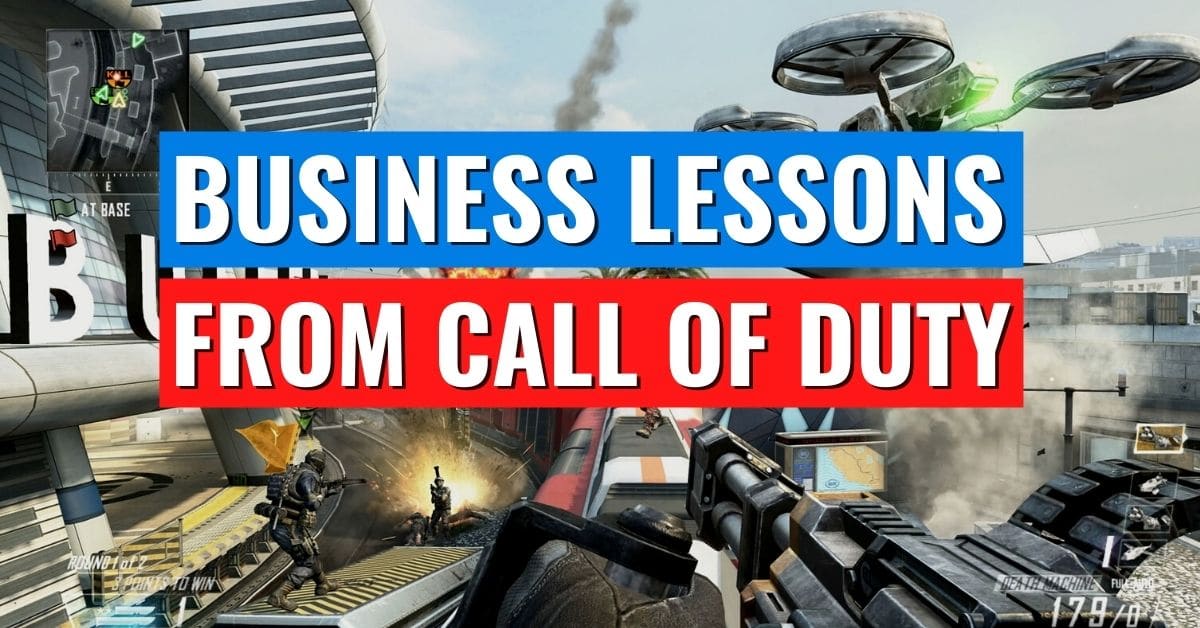 10 Business Lessons We Can Learn from Call of Duty

Although I'm a productivity junkie, Call Of Duty is one of my guilty pleasures.

As I was playing recently, I started to think of the connection between success in the game and success in business.

Many of the tactics that make you a great player also apply to business and I started to write them down as I noticed them.

Here are the best ones I gathered.  Oh, and the best memes money could buy I could find as well!

#1 Take Cover and Stick to the Perimeters

The perimeter is going to help you avoid the herd. Most new players storm through the center of the map and get picked off easily. Best case scenario, they get into shootouts where it's often just a toss up whether they get a kill or get killed.

Going around the perimeter makes it harder for anyone to sneak up on you since one side is totally out of play. You've limited the areas you need to keep an eye on for enemies.

When you go straight up the middle, you can be hit from 360 degrees. The left, right, front or back are all in play and you won't be able to cover yourself nearly as well.

Also, taking cover when possible. You can compensate for bad aim by being really great at making yourself hard to hit. 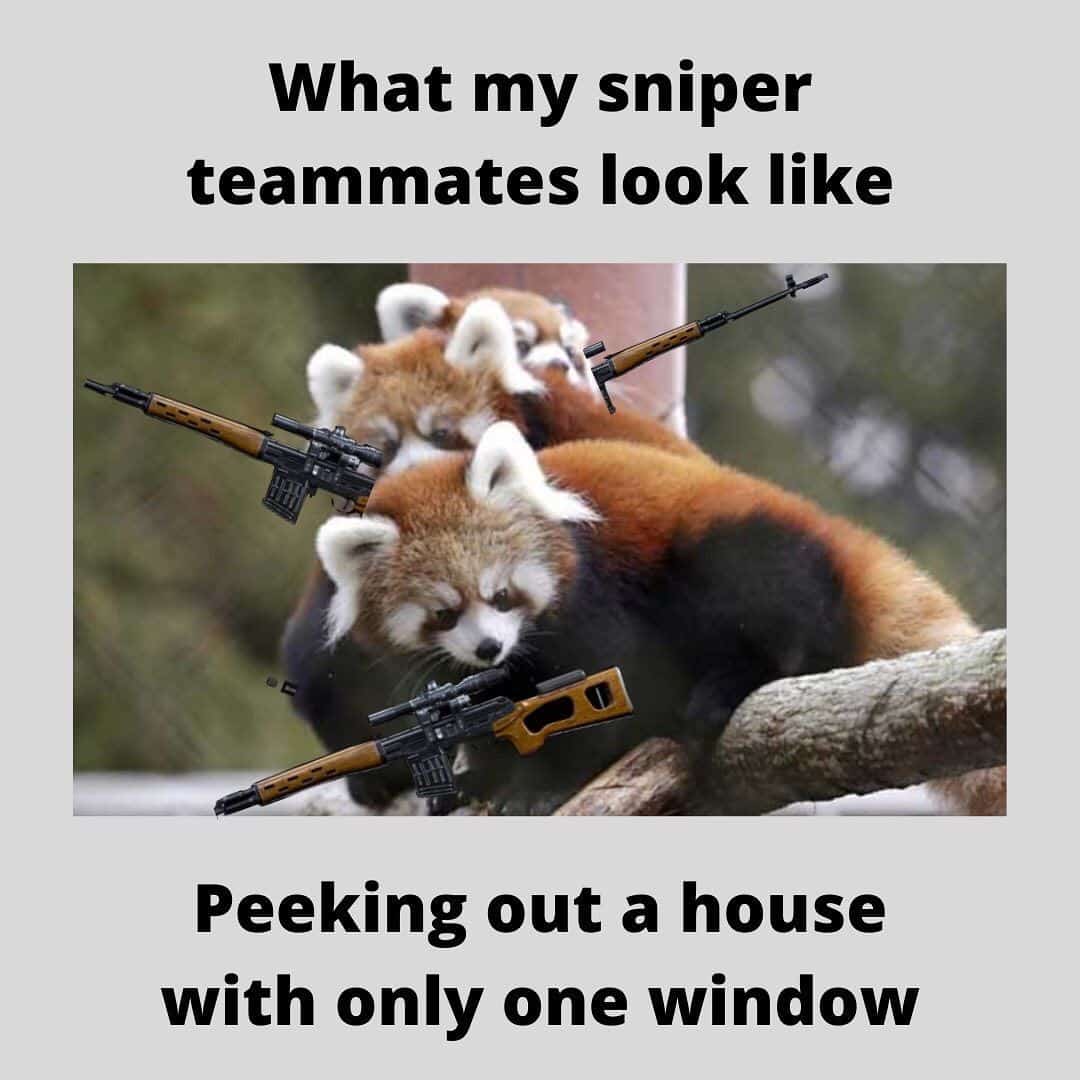 Applied to Business -  (1) Niche down. Avoiding the mainstream markets will minimize the number of ways you can be beat by competitors. Niches provide cover from mainstream competition and keep you alive longer. (2) Diversify. Having more than one stream of income is the same as taking cover.

#2 Communicate with Your Squad

Working with others is always beneficial. Help each other, recruit great players and cut annoying players and you'll boost your chances of success. 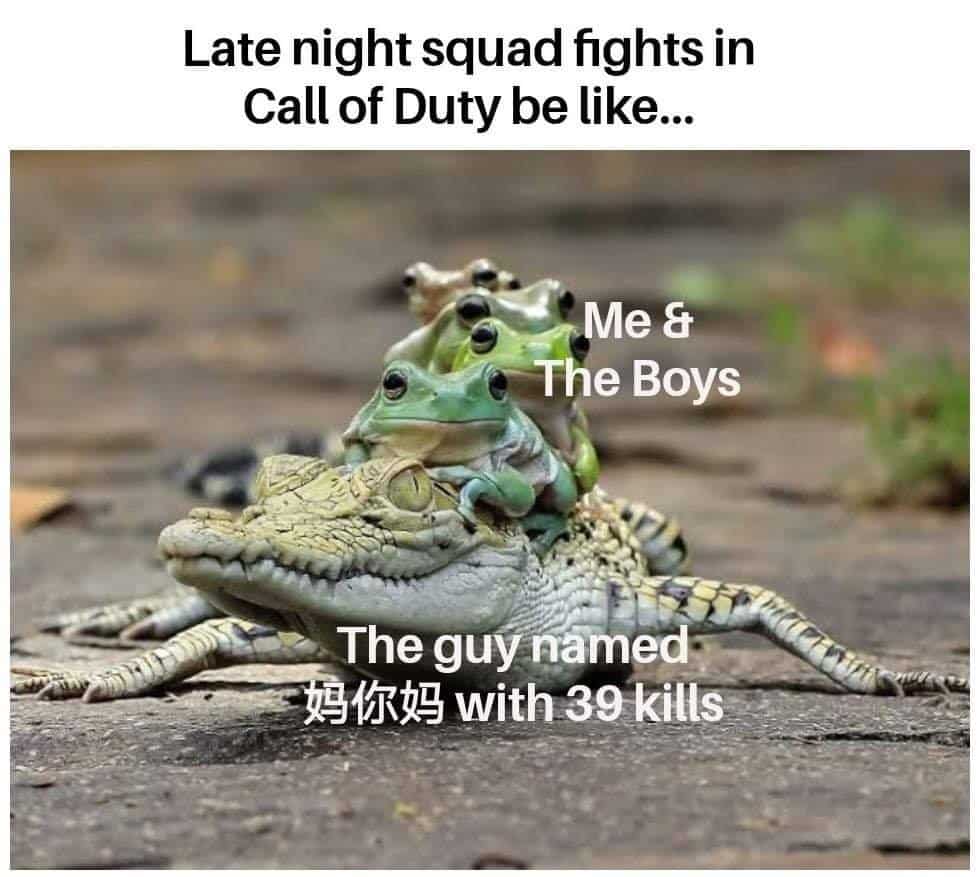 Applied to Business - Build a great team and communicate with them frequently so everyone is on the same page. Find great players and cut weak or annoying ones.

#3 Avoid Going Where Others Are Dying

If you're like most players, you want to go where the action is. When you see skulls, it means an enemy player is mowing down your teammates. It can be tempting to want to storm towards the skulls and avenge them but more often than not, there's a reason they're dying and you're walking into a trap of some kind.

Similarly, Call of duty has a radar on the top left of the screen that can show you wear enemies are. When I first started playing, I rarely looked at it. I found that when I started taking time to peak at it, I did much better.

Applied to Business - Use the data at your disposal to see what's working and avoid what isn't. In business we have tons of great tools for getting data on what is and isn't working. We can see things like who is running ads and where, who is buying what and much more.

#4 Play the Objective of the Game

There are many different game types in call of duty and what is beneficial in one game mode may be meaningless in another mode.

For example, in team death match, your kill to death ratio is the measurement of success. Kill more people than you get killed and you're helping your team win. However, in modes like domination kills aren't the measurement of success. If you play domination and focus on getting as many kills as possible, you can easily lose to someone who is focusing on the metric that matters: securing the objectives.

Applied to Business - Measure what matters. In business, we need to know what our objectives are and what success looks like. We can get distracted by glamor stats like likes, followers and even gross sales at times aren't usually a measurement of success.

The game rewards those who take time rather than rush to action. 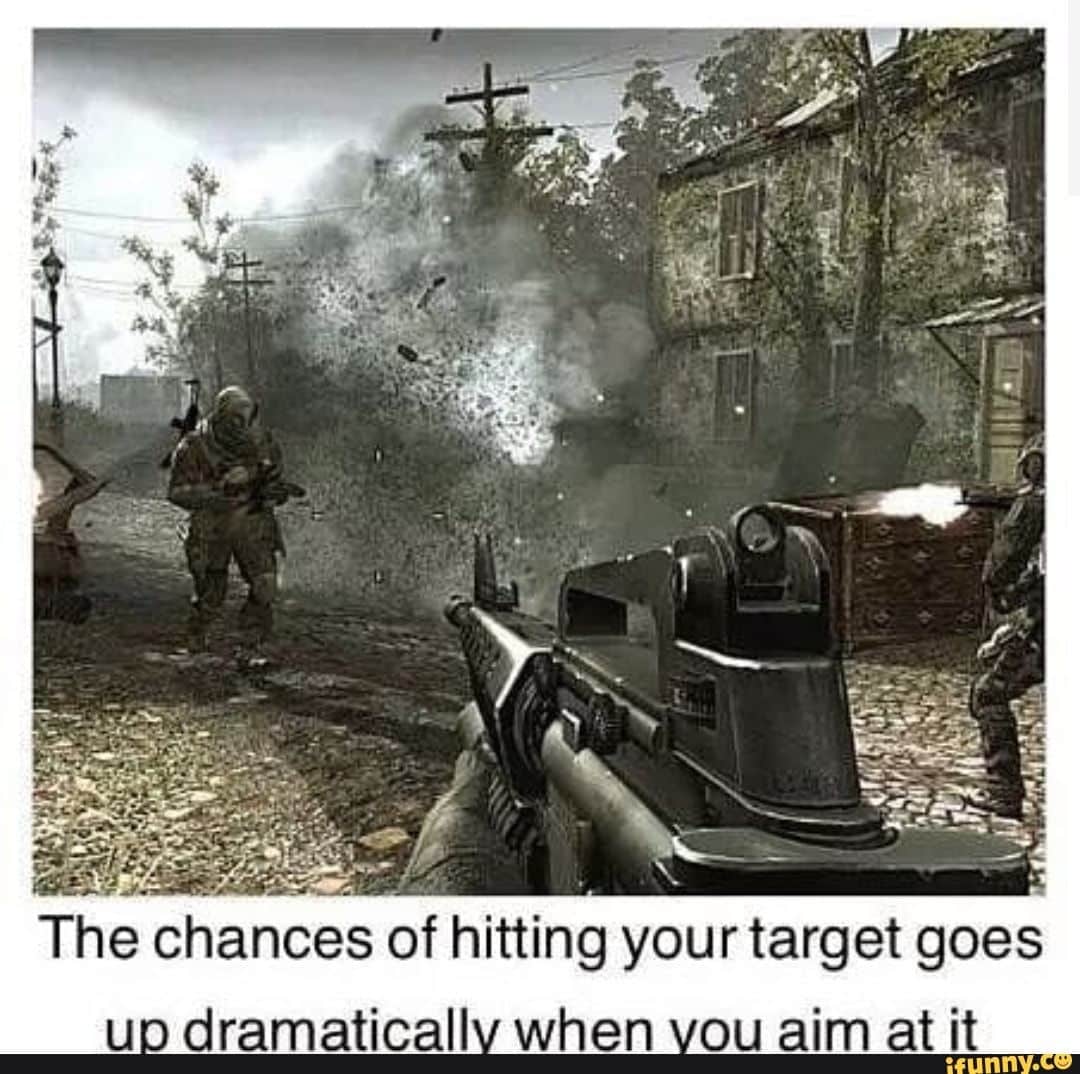 Applied to Business - Stop rushing. You can work hard and slow at the same time. "Slow" meaning that you take time to calculate decisions. That you "measure twice and cut once," so to speak. It doesn't matter how fast you're going if you're going in the wrong direction. You're just getting further away at a fast pace.

#6 Use the Right Tools for the Job 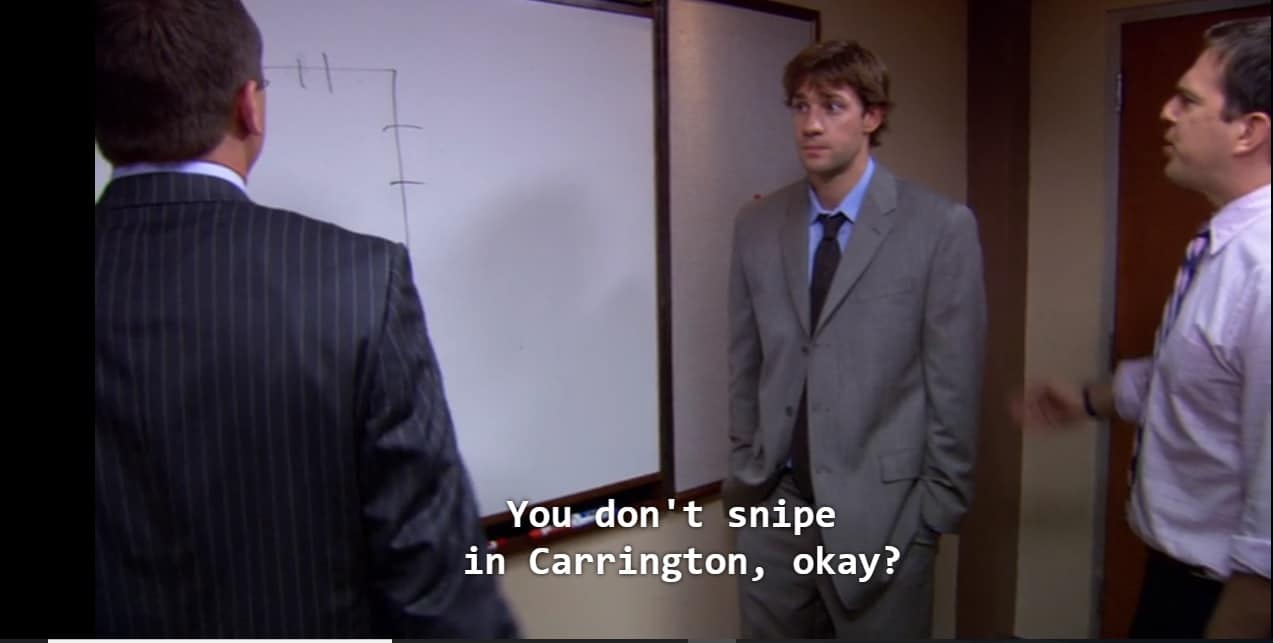 I love sniping but it's rarely the right choice in call of duty. If you're in close quarters, a sniper rifle will make you an easy kill. A sub machine gun makes you dangerous.

Also, get those attachments! The game allows you to have an absurd amount of add-ons that make you way more dangerous.

Applied to Business - In business, be sure you're using the right tools for the job. As you scale, get better tools just like you get better weapons in call of duty.

#7 Master the Basic Controls and Study Up

The basic run and shooting is simple but there are some other features in the game that aren't as obvious. Taking just a few minutes to learn them can make you much more effective.

If you want to go further, there are tons of forums, guides and helpful videos that will make you better at the game. This is exactly the same in business.

Applied to Business - In business, learn the basic functionality of the tool, platforms etc that you use. You might be missing something simple but obvious. Over time, continue learning about your field and how to improve.

#8 Check Your Ammo and Stay Loaded

There's no worse feeling than when you pull your weapon for an easy kill and nothing happens because you're out of bullets. 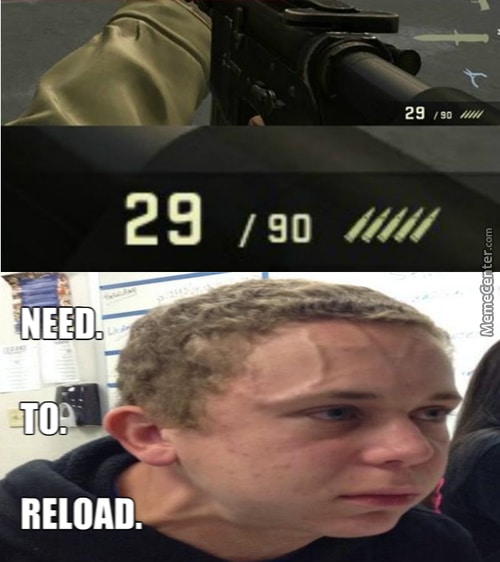 Applied to Business - In business, be prepared to make sales by having inventory in stock properly. Don't wait until it's too late.

If you have a headset and pay attention, you can hear enemies sneaking up on you. 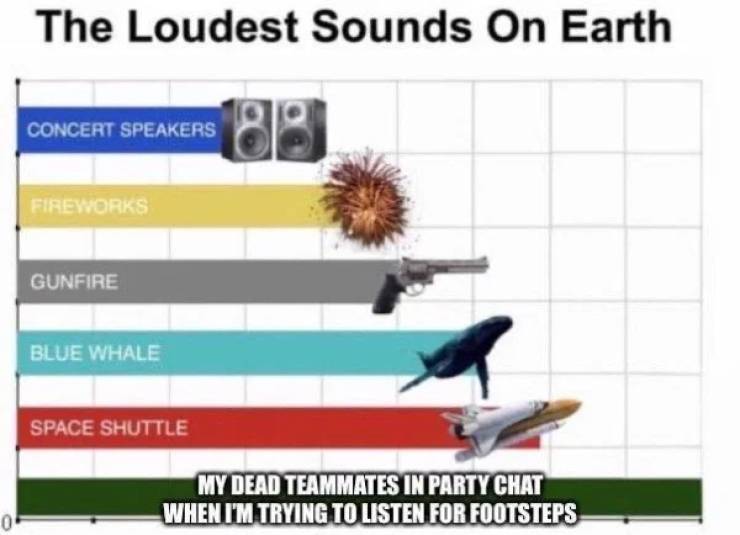 Applied to Business - In business, listening for changes happening around us can help us get a jump on our competition. Listen to your audience, follow the market and notice new trends and adapt.

Call of duty (in most modes) lets you see a replay of how you were killed. Watching these can help you avoid the same mistake going forward.

Applied to Business - In business, reviewing why something failed or went wrong can help you avoid it again in the future.

I hope you had as much fun reading this article as I had writing it.

Oh, and these tips really will make you way better at the game 🙂 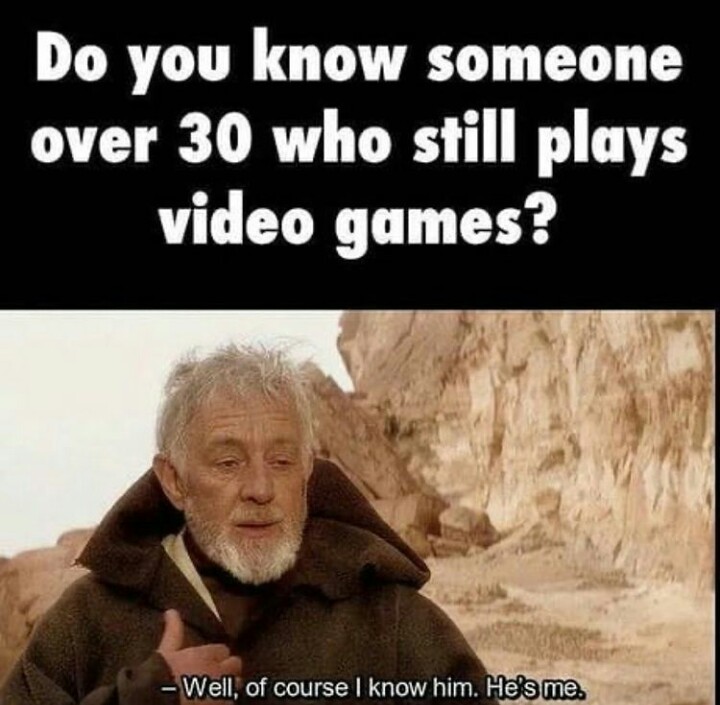 Add me @NATHANMCALLISTE if you wanna play sometime.  Yes, I am embarrassed by the tag too, not a type

Design Pickle Vs. Graphic Rhythm Designs: Which Is Better?

How I Get 50+ Email Subscribers Per Day with Typeforms

How I Get 50+ Email Subscribers Per Day with Typeforms

Behind the Scenes of Writing, Designing, Editing and Publishing My Latest Book on Amazon

Behind the Scenes of Writing, Designing, Editing and Publishing My Latest Book on Amazon