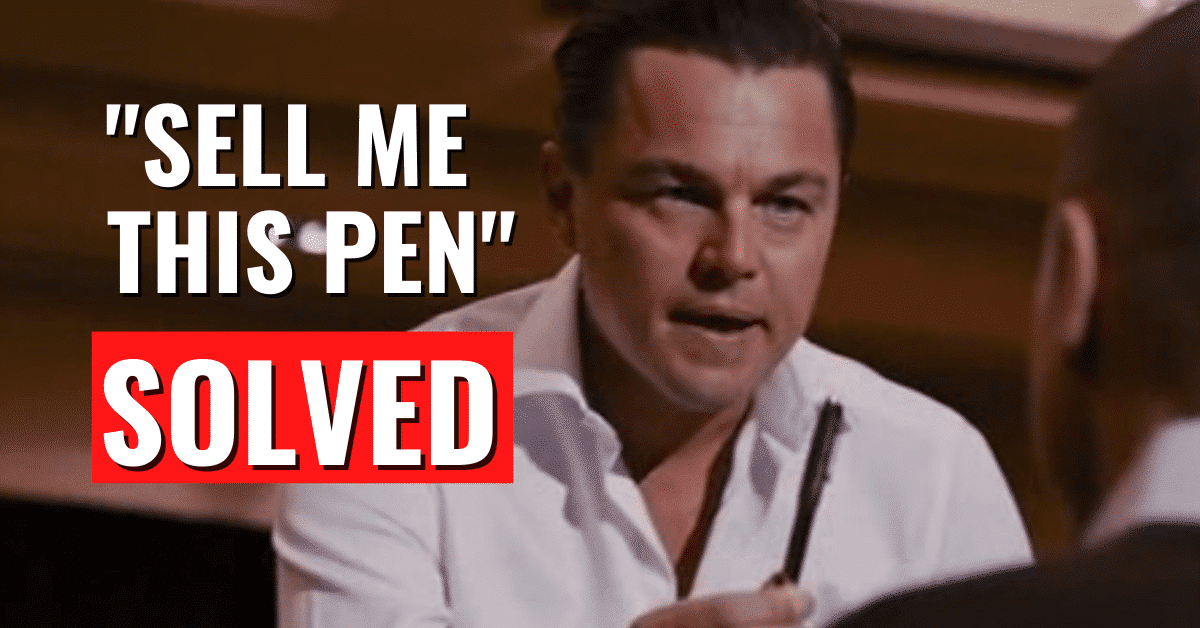 I have a love-hate relationship with the movie "The Wolf of Wall Street." It's a highly entertaining movie that inadvertently glorifies a con man and the art of dirty selling.

This post isn't about that, though. Instead, I want to talk about the famous scene at the end of the movie where Jordan Belfort, played by Leonardo DiCaprio, asks a person from an audience to "sell me this pen."

He doesn't like the first answer, so he moves on to the next person.

In reality, it's a trick question. If anyone replies with an immediate sales point, they fail.

The heart of the question lies in what comes before the direct selling, finding out more about the person who they're selling it to.

Why People Get This Wrong

Most people (myself included when I first started researching this) resort immediately to assuming they know enough about the person they're selling to and they jump directly into pushing the features of the pen.

It's easy to assume that everyone sees these features in the same way that we do. Someone who isn't skilled in sales would work hard to finesse these features into smooth sounding benefits.

Features + benefits are a crucial part of sales, but without knowing who you're selling to, they are obsolete.

An analogy I read while researching this topic was that this is like throwing at a dartboard without turning on the lights to the room first.

If you want a deeper dive into this topic, check out this article by yesware.com that takes it further than I do here.

“The real answer is, before I’m even going to sell a pen to anybody, I need to know about the person, I want to know what their needs are, what kind of pens do they use, do they use a pen? How often do they use a pen? […] The first idea is that […] I want to hear [the salesperson] ask me a question. Most average or newbie salespeople think that they’re supposed to sell you the pen, when a really seasoned salesperson will actually turn it into a qualifying session to find out what you need. That’s the truth of it. It’s like trying to sell someone a house and you don’t know if they’re in the market for a house, what kind of house they want, how many kids – so how can you sell someone a house? That’s the point.”

Traffic Secrets by Russell Brunson Review | 7500+ Word Summary for 2022
How to Use Amazon.com to Write Better Sales Copy
The Truth about Copywriting | It’s Not About Talent
Integration Marketing | The Secret Growth Hack Behind Many Extraordinarily Successful Businesses
How to Use a Swipe File to Immediately Become a Better Copywriter
How to Learn Copywriting with Longhand Duplication | Secret Learning Hack
Load More Popular Posts