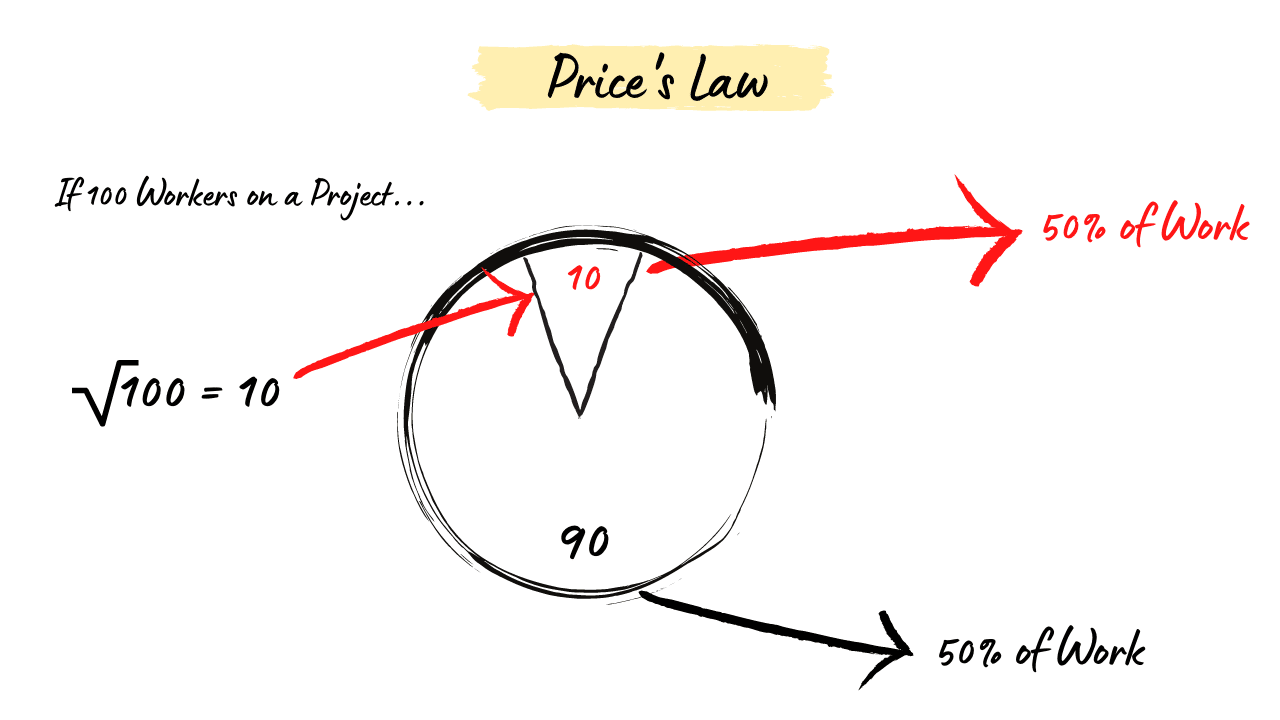 Derek Price was a British physicist and scientist who made a unique observation about his academic peers He noticed that a small percentage of them were making most of the contributions to their field. From this he developed "Price's Law." (also known as Price's Square Root Law) which states that 50% of all work will be done by the square root of the total number of people who take part in the work. 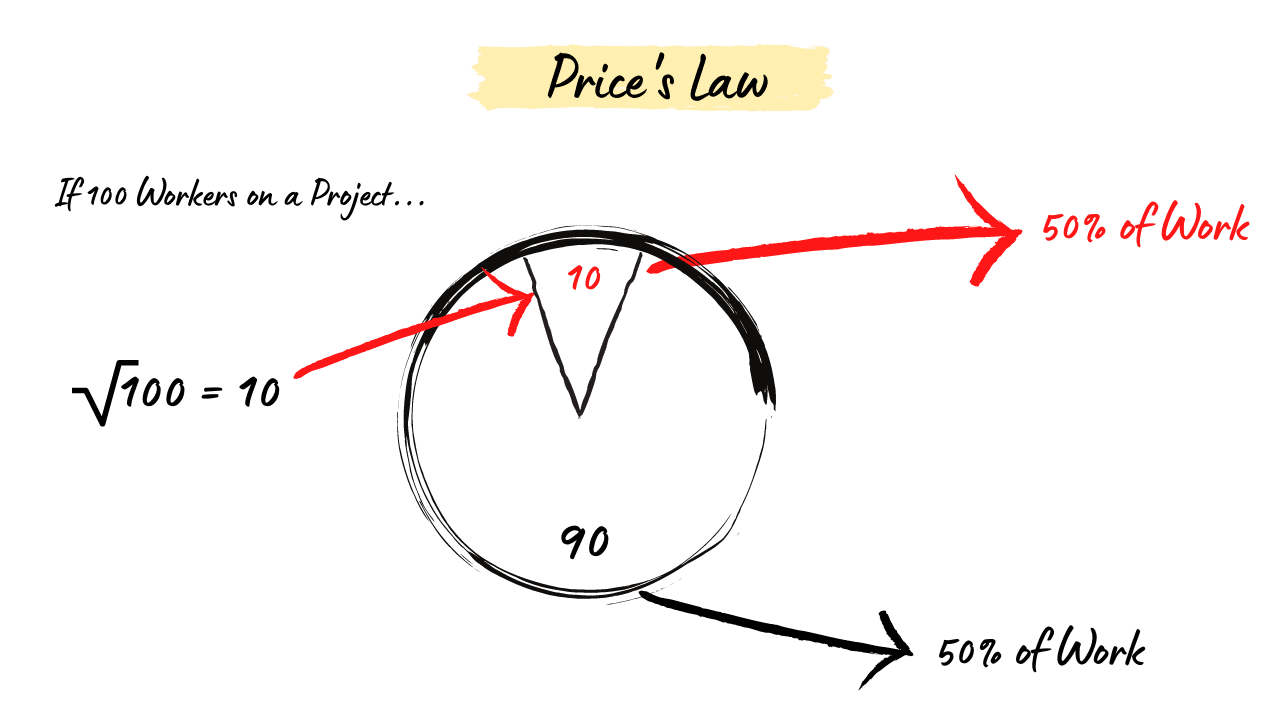 In business, when a company grows, competence grows linearly and incompetence grows exponentially. The larger you become, the larger the number of people who aren't carrying their weight becomes. 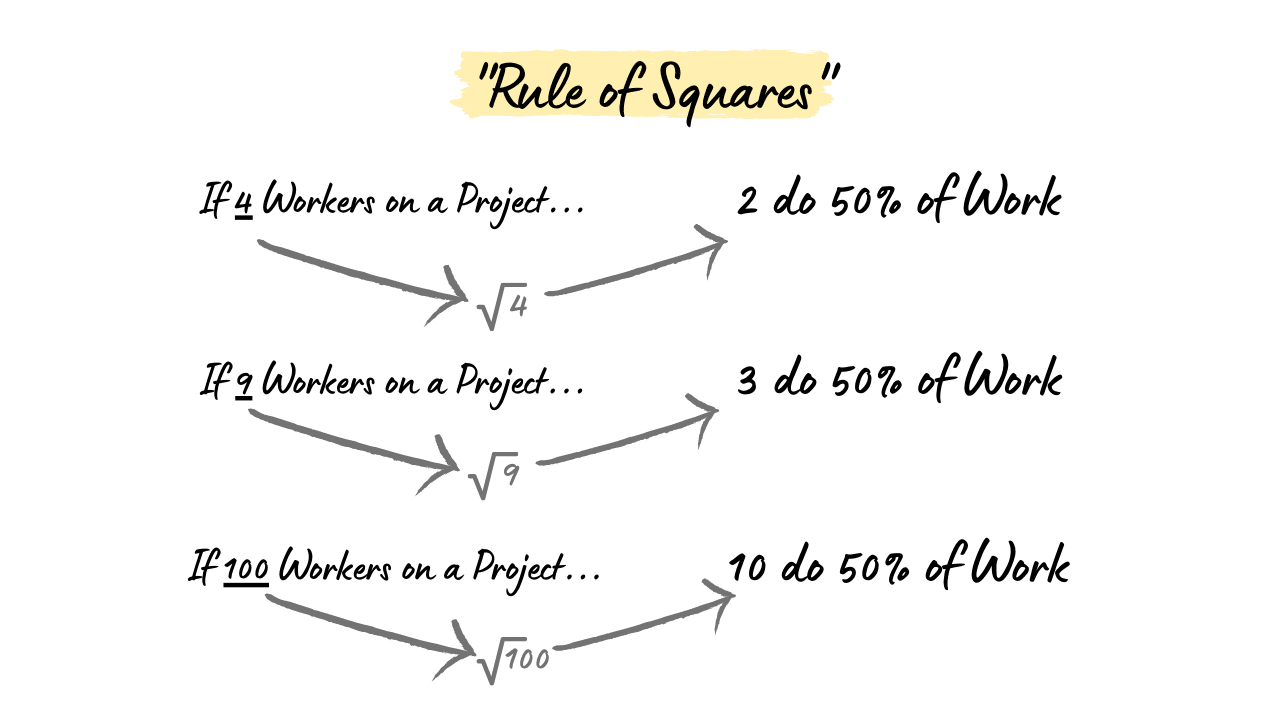 Let's use some basic, quantifiable numbers to make sense of this.

Let's say you have 100 people working on a project and we measure output in sales made in whole number units. The total number of sales is 1,000.

Price's Law in the Real World

First, remember that Price's law is merely an idea/theory and not a scientific fact. It is like Pareto's Principle and is more of a rule of thumb than a perfect algorithm that works in all cases.

The underlying concept is that a small fraction of your team will do most of your work.

This is good news because it means that we can actually work to optimize our teams so that it isn't 10% doing half of the work! It's not as if there is a rule of nature that is binding us to this ratio.

We can do proactive things such as reducing the size of teams so that accountability is higher, and it's not as easy for team members to hide within the majority that is relying on the minority.