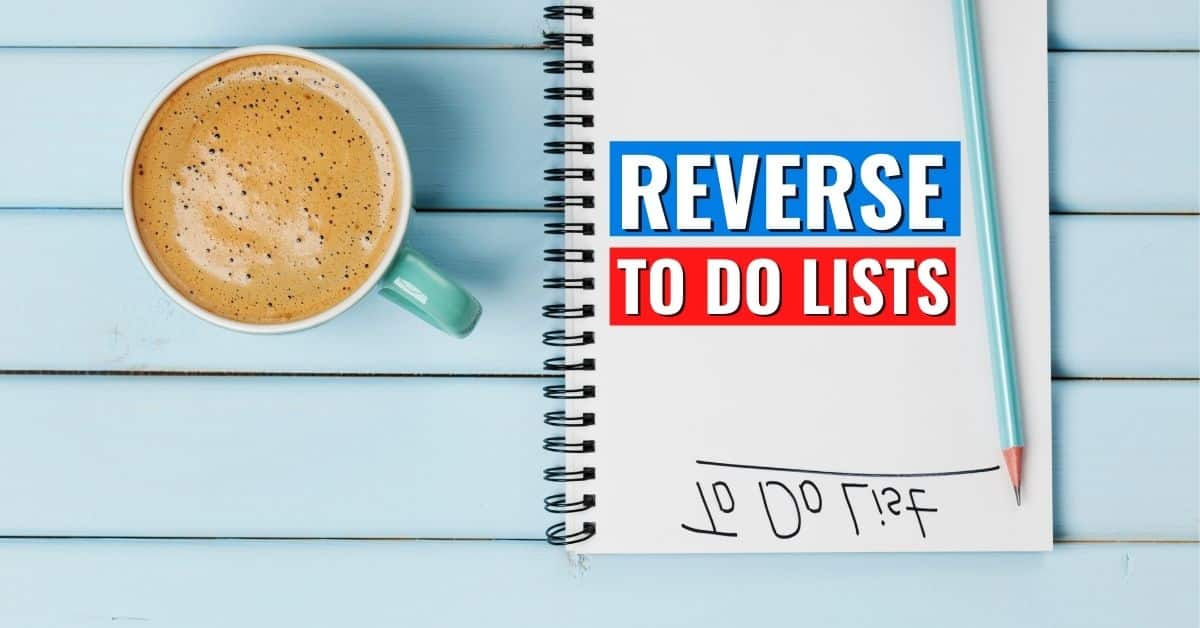 To do lists are a staple of modern society. They give us a sense of structure and control over our day, our lives and where we're going.

Although many people use them, most people fail to truly get them to work. Yes, when used correctly they can be extremely powerful, but flaws in our innate human psychology makes them counterproductive for the vast majority of people.

They are fundamentally flawed and can have damaging effects such as providing a false sense of productivity, distracting us from the most meaningful work or just flat out overwhelming us so badly that we end up doing nothing.

The Problem with Traditional To Do Lists

Before I explain how to make the shift to reverse to do lists, I want to explain why traditional to do lists are problematic.

Even if you decide to not use a reverse to do list, understanding why traditional to do lists fail will help you increase the chances of making them work for you.

Here are the biggest issues with traditional to do lists.

#1 They Don't Give Weight to Task Importance

However, these little rushes of endorphins are addictive. This could be a good thing if it caused us to continue through our lists and crush everything off of them.

But, we don't typically do that...

What do we do instead? We check off the easy items. 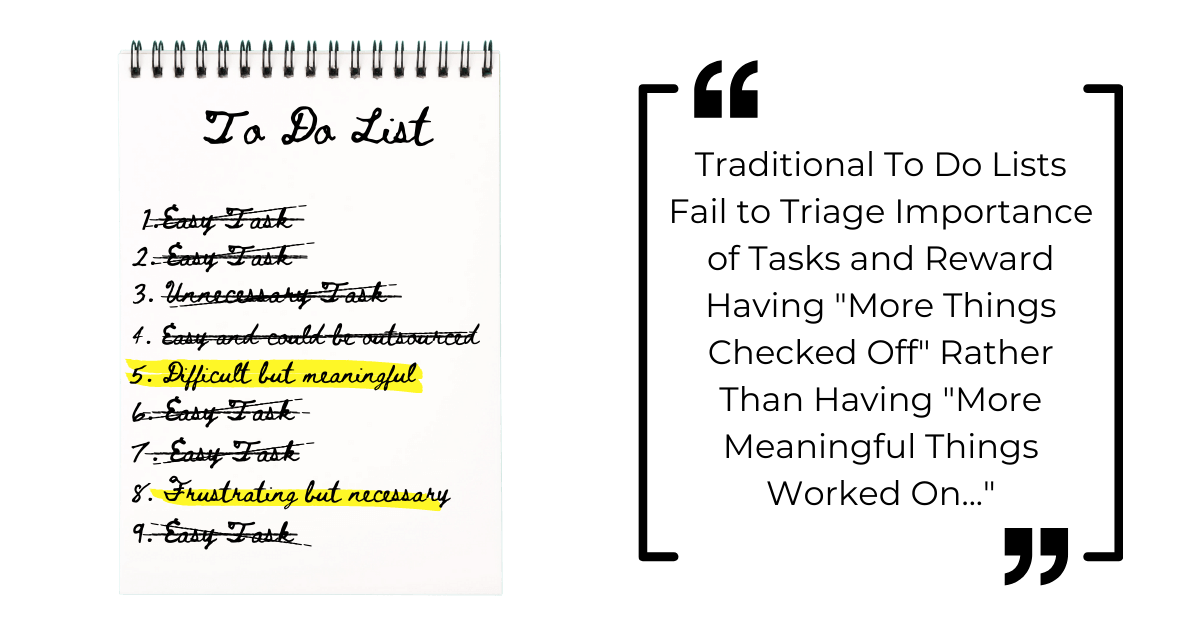 It takes tremendous discipline and self awareness to resist the siren's call of easy, low hanging fruit to do items.

This is especially true when we're midway through a day and feel like we've done very little at all that has been productive.

In reality though, you can have an extremely productive day without actually fully checking off a single item from your list.

For example, if my top priority was finishing a website, I could spend an entire day on it and not complete it. This is blasphemy to traditional to do list users.

Can you imagine a day with nothing checked off the list?!?

But what if that website goes on to earn $100/day?

$100 per day that allows me to hire another full time employee to jump in and handle all of my monotonous tasks?

Productivity is much deeper than check marks on a piece of paper.

#2 They Give a False Sense of Productivity

If you're content with where you're at in life, a traditional to do list can be your best friend. It will make you feel good about your work efforts and allow you to avoid any of the deprecating thoughts that many of us productivity junkies feel.

I'm not here to judge. Truly, if this makes you happy, by all means, don't change a thing.

However, if your goal is true, continual growth in whatever aspects of life that you value, this faux sense of productivity can be crippling.

For example, if my ultimate goal is to get a new book published before the end of the year, the most productive thing I could be doing would be writing the book. How many words I wrote per day or how many hours I spent writing (the latter is actually better) would be the baseline of measuring my productivity.

However, the to do list would allow me to drift away from this without guilt.

Writing is hard. The pain of writer's block is something that we have to fight through to truly finish any meaningful work as authors.

However, with 20 low hanging, easy to do list items on my list, I could easily duck out of the discomfort of writer's block and check off 10 quick "wins."

Remembering to order batteries isn't going to get me closer to writing my book on time. Updating my profile picture on Twitter isn't going to either. The list of things that seem productive but don't work towards the true goals can be endless.

On my checklist though, those thick black lines read like wins.

#3 They Can Lead to "Paralysis by Analysis" and Overwhelm

Have you ever had so much to do that you did nothing? Yes, we've all been there.

Many people are very talented at adding items to their to do lists. When put together in one place, the lists can seem daunting. Especially when many of the tasks are big picture things that can be completed in one hour. 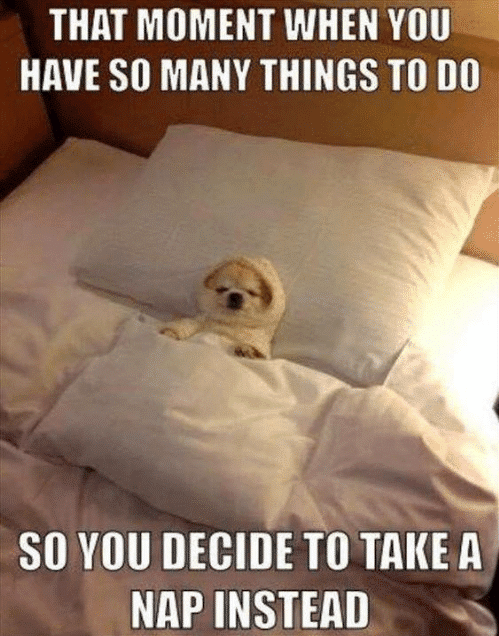 Studies by iDoneThis claimed that 41% of to­-do items are never completed. Do we really want to add to this risk by burying our most important tasks with meaningless filler tasks?

41%
Number of to do list tasks that are never completed

So, how do we fix to do lists?

Let me introduce you to the "Reverse to do list" and how to use it to fully optimize your daily productivity.

I'm sure others have used this phrase before and might use it to refer to something slightly different than I do. But, here is how I define a reverse to do list.

A reverse to do list is the process of keeping a list of the things we've done each day. Some people build this list at the end of the day while others (like me) create a running list throughout the day and then review it at the end of the day.  Instead of deciding what to do based on an unordered list of tasks, we ask ourselves, "what is the most important thing I need to do at this moment," and we do that thing first. Once completed, we ask the question again and do that thing and so on and so forth until the day is over.

Why Reverse To Do Lists Work

Reverse to do lists have several huge benefits.

#1 They prevent overwhelm and "easy check off" temptations

Since we don't have a list of things in front of us, we minimize the overwhelm of a traditional to do list. We also fight off the urge to chase after easy but less meaningful tasks that distract us from the work that matters most.

#2 They force reflection and mindfulness

This makes us look our productivity (or lack thereof) square in the face.

Did we do things that moved the needle forward or not?

If we see we didn't spend time where we should, we will come back the next day to redeem ourselves.

It's rare that I have two unproductive days in a row if I've reviewed my reverse to do list.

Now, just because we don't have a list doesn't mean we shouldn't have a good idea of what we need to work on first.

Ask yourself before each day, "what is the most important thing I need to do right now?"

Then do that thing.

After you've done it, ask again, "what is the most important thing I need to do right now?"

Repeat until you're ready to relax.

As far as tracking your list, I love using a simple waiter's pad and pen. I'd avoid using anything web based. Going analog is just much better for me. 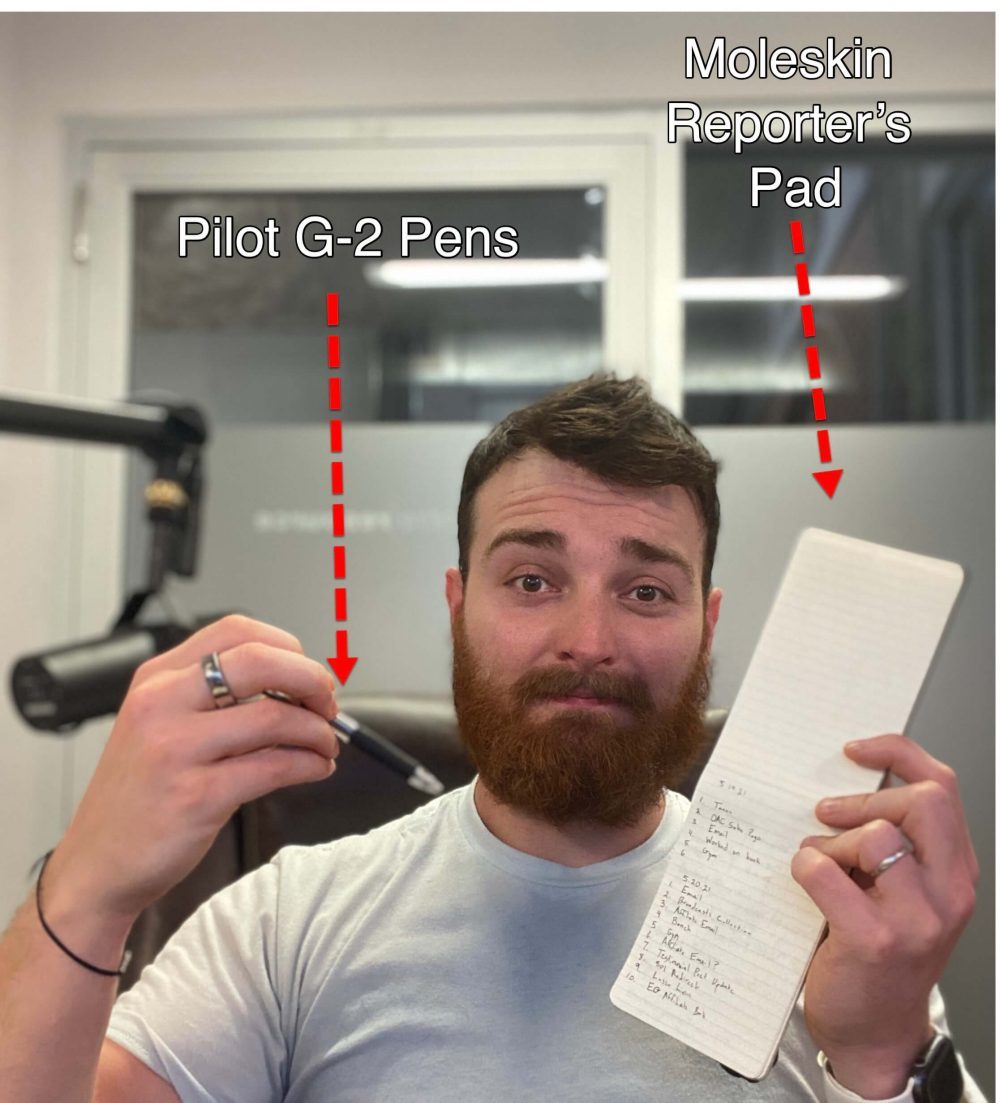 Traditional to do list lovers, I definitely roasted them pretty intensely here an much of that was for effect 🙂

You can absolutely still succeed with them as long as you consider the reasons mentioned above that make them fail.

However, I suggest that everyone tries out the reverse to do list method for at least a week and see what they think.

Remember, the "best method" is subjective. Your best method is the one that works for you and the one that you stick with consistently. Whether that's to do lists, reverse to do lists or something else, you find your own best fit.

Is this something you do? Let me know in the comments!

Here's to your success.